Sex Workers Speak Out : A Community Dialogue About Sex Work With Sex Workers

Too often sex workers'  voices are silenced in conversations about violence against women.

This full-day event features speakers such as Nikki Thomas from Sex Professionals of Canada, Angie Murie from Planned  Parenthood Waterloo Region and Jessica Danforth from Native Youth Sexual Health Network. Come listen and be part of the conversation.

What are the challenges sex workers face in keeping themselves safe? When and where would sex workers appreciate allies? How do the views and judgements of individuals and institutions influence sex work?

Students from Schulich School of Medicine & Dentistry Donate over $23,000!

Tachycardia (or “Tachy” for short) is a 56-year tradition at The University of Western Ontario. It is an annual theatrical production that lets medical students from Schulich School of Medicine & Dentistry give back to London and its medical communities.

Regional HIV/AIDS Connection (RHAC) is honoured to continue to be selected as the charitable recipient of the proceeds from this wonderful community event! Thanks to students from Schulich, staff and community members, this year the March production of Tachycardia raised over $23,000 for RHAC!

Thank you, Tachycardia for your ongoing generous contribution to the local HIV/AIDS cause!

Please join us for a screening of "Small Town Gay Bar" on Tuesday, May 29 at 7 p.m. in the community room at RHAC, 186 King Street, London.

"Small Town Gay Bar" is a 2006 documentary by famed film producer Kevin Smith (Chasing Amy, Clerks). The film explores gay bars and establishments throughout the bible belt, and shows how many bar owners are responsible for more than just a good time.

Sunfest is an annual multicultural music festival held in Victoria Park in downtown London. The festival draws tens of thousands of people every year from all over southwestern Ontario.

Each year, Regional HIV/AIDS Connection (RHAC) has a booth in the park where we provide free educational resources about HIV/AIDS, STIs  and hepatitis C. There will be educational games tailored toward youth and inspiring stories and art work from people living with HIV/AIDS (PHAs).We also provide free condoms and lubricant.

For more information about volunteering for RHAC and making a difference in our communities, please contact Natalie at 519-434-1601.

RHAC will be at Sunfest in Victoria Park the following times:

Pride in London provides an annual opportunity to generate celebratory, cultural, artistic and educational events which affirm the lives of lesbian, gay, bisexual, transsexual, trangender and two-spirited people and supporters through activities which promote unity, inclusion and awareness of sexual and gender diversity.

Regional HV/AIDS Connection attends Pride every year. Our presence affirms RHAC’s history as an organization born out of the struggles of the gay community in the early 80s relative to HIV/AIDS.

We set up a booth the final weekend of Pride where we provide free educational resources about HIV/AIDS, STIs and hepatitis C as well as free condoms and lubricant. Each year, we partner with Options Anonymous HIV Testing Clinic to provide HIV testing opportunities.

No name. No waiting. Know your HIV status.

Options Anonymous HIV Testing Clinic will be in Victoria Park on the north side of the bandshell the following dates and times:

Visit www.pridelondon.ca to find out more about Pride London Festival.

For 30 years HIV/AIDS has been a local concern as well as an international epidemic. Since the early years, many women in our community have dedicated their professional lives to working with people living with, affected by and at risk for HIV. On International Women's Day, we are taking a moment to honour six women who have made significant contributions locally to the HIV movement. 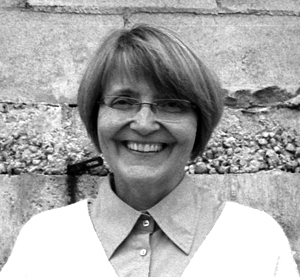 Since 1991, Gloria Aykroyd has been the Program Coordinator and a social worker at Infectious Diseases Care Program (formerly known as HIV Care Program) in London.  Gloria is co-chair of the Ontario HIV Outpatient Clinic Directors and Coordinators Network, and in 2008 completed a 3-year term as the coordinator representative on the Ontario HIV Treatment Network (OHTN) Board. Gloria has been an abstract reviewer for OHTN and formerly was the co-chair of OHTN’s Health Care Provider Network Advisory Committee.

Gloria has served on the Board of Directors for London Regional AIDS Hospice, more commonly known as John Gordon Home, and on the Diocese of Huron AIDS Education Committee. This committee formed Camp Wendake, a camp for persons living with HIV, their partners and loved ones at which Gloria was a cook for four years.

She is a member of numerous professional organizations and committees and is co-chair of the St. Joseph’s Hospital Ethics Education and Consultation Committee.
Gloria has worked for over 37 years as a social worker, including many years experience in child welfare and children's mental health. She also has a home-based private practice and wellness business. 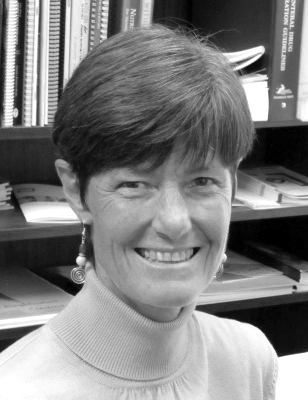 Brenda Done has worked in a variety of capacities at St. Joseph’s Health Care London since June 1979, including charge nurse in both the Neo-Natal Intensive Care Unit and adult Intensive Care Unit. She also spent time on the intravenous team honing her blood-taking expertise! For the past 20 years, Brenda has been the clinic nurse for the Infectious Diseases Care Program (IDCP), an outpatient facility providing care for those infected and affected with HIV/AIDS.

Brenda has had the privilege of serving on the board of directors for several AIDS related organizations including: Ontario HIV Treatment Network (OHTN), Canadian Association of Nurses in AIDS Care (CANAC), John Gordon Home and AIDS Committee of London (now RHAC). 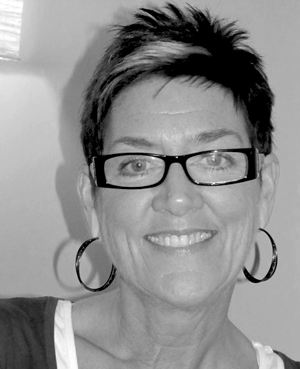 Shannon Dougherty has a degree in Psychology/Women’s Studies from Glendon College at York University in Toronto.

A feminist activist and ardent supporter of social justice causes for over 25 years, Shannon has often been heard to say she would be ready to chain herself to the Peace Tower in Ottawa to fight for the rights of marginalized people anytime the needs arises.

She began working in the social services sector in 1994, firstly with street-involved youth and then made her way to AIDS Committee of London as a Women’s Support Worker.
Shannon has been the Director of Client Services at Regional HIV/AIDS Connection (formerly ACOL) since 2003. She oversees the agency’s client programs and services, including those designed to serve HIV+ women and women at risk for HIV/AIDS. 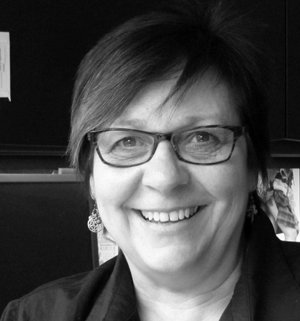 Jane Paisley-Canning has been a public health nurse at Middlesex London Health Unit (MLHU) since1998. She currently works in the Family Planning and Sexually Transmitted Infection clinics and is responsible for follow-up on reported cases of chlamydia and gonorrhoea.
Jane has always enjoyed working one-on-one with clients and in 2001, after several years working in sexual health, she was fortunate to become involved in HIV follow-up, which she describes as being “very rewarding”.
She is one of two nurses responsible for newly diagnosed HIV case follow-up. They support clients associated with several facilities such as Elgin Middlesex Detention Center, My Sister’s Place, Women’s Community House, John Gordon Home, Children’s Aid Society, Center of Hope and Regional HIV/AIDS Connection. MLHU provides counselling, education and information, referral, assistance with partner notification, support and services for newly diagnosed clients and partners or family, as needed. They offer a variety of services including STI testing and treatment/referral, a sexual health promotion program and a needle exchange program.
Jane and her colleagues value collaboration with RHAC, Options Clinic and Infectious Disease Care Program through contact with counselling staff, referrals and the needle exchange program. 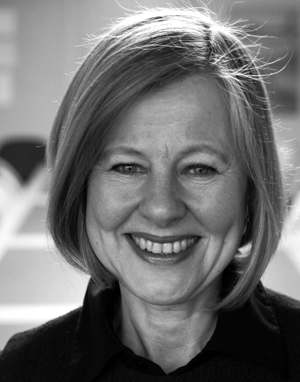 Margaret Pelz joined the HIV Care Programme (now Infectious Diseases Care Program (IDCP)) at St. Joseph’s Health Care in 1999. There she was mentored by Dr. Mark Halman and learned through her colleagues, Gloria Aykroyd and Brenda Done at IDCP as well as Shannon Dougherty at Regional HIV/AIDS Connection.

Margaret has worked with staff at RHAC since joining IDCP and in 2009, she moved her office space into RHAC at 186 King Street where she works closely with the Client Services team to manage the health of HIV+ clients.
Margaret’s professional interests lie with HIV and mood disorders, especially depression and bipolar disorder, co-infection with hepatitis C and triple diagnoses of HIV, severe psychiatric illness and substance use. 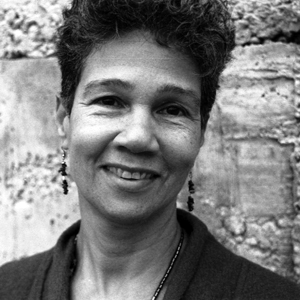 Lyn Pitman’s involvement in HIV work began at AIDS Committee of London (ACOL) in 1989.  In 1994, Lyn moved on to work at London Intercommunity Health Centre (LIHC), as the Coordinator of its Anonymous HIV Testing Clinic, known to many as “The Options Clinic”.   She values the strong relationship built over the years with RHAC and continues to support the partnership between LIHC and RHAC by providing several anonymous HIV testing clinics each year in the six counties served by Regional HIV/AIDS Connection.

Outside of work, Lyn spends time with her partner Bob and their daughter Zai, who was ACOL’s first baby, welcomed and celebrated by both staff and clients 20 years ago!

Open to: Service providers, students and clients who have an interest in learning about hep C and the services available in London for people living with hepatitis C.

FREE - Lunch will be provided R.S.V.P.

There are new and exciting services in London for people living with, affected by and at risk for hepatitis C:

•support with basic needs and addictions

The information fair is a chance for you to:

All Staff and Board of RHAC Sign The Ontario Accord on January 19, 2012.

Regional HIV/AIDS Connection is committed to adhering to the principles of The Ontario Accord because the greater involvement and meaningful engagment of people living with HIV/AIDS (GIPA/MIPA) must be at the center of our work if we are to effectively deliver on our mission of addressing the challenges associated with HIV/AIDS.

The staff and board of Regional HIV/AIDS Connection (RHAC) commenced 2012 by coming together for a day to learn, explore and further develop our understanding and application of GIPA/MIPA (Greater/Meaningful Involvement of People Living with HIV/AIDS (PHA)) within our organization. We took this opportunity to re-state our commitment to this philosophy of service delivery and share ways in which GIPA can engage PHAs and serve the organization’s mission.  GIPA is about human rights, inclusion, self determination and dignity of the full human being and RHAC deeply embraces these concepts as we strive to deliver on our mission.

At our first annual GIPA ceremony on January 19, each staff and board member signed the accord to demonstrate Regional HIV/AIDS Connection’s commitment to advancing GIPA. We will hold a ceremony on an annual basis to recognize our progress and renew our commitment to this integral element of the HIV/AIDS movement.

GIPA is, and will continue to be, in the forefront of our work. If you are living with HIV, we invite you to get involved with RHAC in ways that bring meaning to you as an individual. To those living with HIV who currently help bring GIPA to life at RHAC each day—we sincerely thank you!

Stratford A Taste For Life 2012

On Wednesday, April 25, 2012 Regional HIV/AIDS Connection will be holding its first ever A Taste For Life event in Stratford as well as in London! We have signed six Stratford restaurants to participate: Bijou Restaurant, Fosters Inn, Molly Blooms Irish Pub, The Annex Room, Evergreen Terrace and The Sun Room.

Mark your calendars for April 25 when you'll have the chance to enjoy good food for a good cause!